Strange rituals depriving children from breast milk as it is offered to God, Goddesses

NEW DELHI: Twenty-three-year-old Munni Kol (name changed), a resident of Kukrahi village in Sonbhadra district of Uttar Pradesh has given birth to a child recently.

Alike most of the newborn children in her community, her child was also weak since birth. Despite prevailing malnutrition among children of Kol community, Munni’s mother-in-law didn’t let her breastfeed the newborn immediately after delivery in the name of making ‘God and Goddesses of the community happy’.

“First milk of mother (colostrum) is not for the child, it is to be offered to the God and Goddesses. In our community first milk must be offered to the ‘dharti Maa’ (Goddess of Earth). Our God will be annoyed and entire family will have to face negative consequences if we offered the first breast milk to the newborn”, said Jasoda, mother-in-law of Munni.

Twenty –one –year-old Gunja Saharia (name changed) of Patpari village in Pohari block of Shivpuri district works as a farming labourer. Financial condition of her family is extremely poor compelling her to work at the fields even when she was 7 months pregnant.

Unavailability of proper nutrition and medical intervention during pregnancy led to delivery of an extremely weak child. Condition of the newborn became more concerning when Gunja was not allowed to breastfeed her newborn for 3 days for the sake of making God happy. Gunja, who started working within 10 days after the delivery, was not allowed to feed the childafter returning from work.

The reason being, the community believes breast milk of mother going out for work has an influence of ‘evil spirit’ and is not appropriate for consumption. Several strange rituals and myths prevailing in different communitiesare depriving several newborn children from getting mother’s first milk of (colostrum).

Colostrum, the first yellowish, breast milk of the mother is recommended by WHO as the perfect food for the newborn. Breast milk not only provides nutritional benefits to a child, it also contains anti-infectious properties that protect newborn from early infection. However, lack of awareness among these communities regarding importance of colostrum leads to vulnerability for malnutrition. 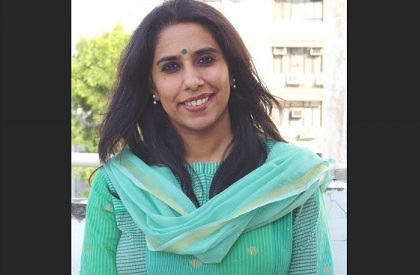 A baseline survey conducted by Child Rights and You (CRY) in 15 Saharia dominant villages in Pohari block of Shivpuri district revealed that 40 % children were malnourished in these villages.The survey was conducted in December, 2018.

WHAT THE EXPERT SAYS:

“Receiving proper nutrition during the first two years of life is vital for the healthy growth and development of a child" , says Soha Moitra, Regional Director (North), Child Rights and You (CRY).

"Colostrum, the first yellowish, breast milk of the mother is recommended by World Health Organisation (WHO) as the perfect food for the newborn", she says.

"According to National Family Health Survey -4 only 41.6% children under age 3 years could get colostrum feeding in country, which is concerning". "Exclusive breastfeeding for six months and appropriate complementary feeding practices is the best way to prevent infant malnutrition”, she says.

58.4% newborn do not get mother’s first milk (colostrum) after birth in India

According to the National Family Health Survey (NFHS) 4 – 2015-16 data only 41.6 % children under the age of 3 years are breastfed within one hour of birth in India. This means almost 60% newborn children are deprived of colostrum in the country.  Situation of exclusive breastfeeding for 6 months is not much impressive as only 54.9% children are exclusively breastfed by their mothers for 6 months after birth.

Situation of breastfeeding in India (NFHS 4):

States with highest percentage of colostrum feeding in the country

States with worst percentage of colostrum feeding in the country