List of 30 important Urdu novels: A reader's choice from books published in the last hundred years

BHOPAL: 'Can you suggest some good Urdu literary novels?'.

The question comes not just from those who speak the language or who mention Urdu as their mother tongue in Census. In fact, it's more from people who have learnt Urdu with effort--it was not their first language and they have started reading and are also taking interest in literature and more importantly literature 'beyond poetry'.

Lot of people want friends to suggest the names and sometimes we are not able to instantly recall or suggest more than half-a-dozen titles. I know there is always a risk when you create a list, because thousands of novels have been written and new novels are being written every month, it's difficult to choose 24 or 50.

Litterateurs and critics can have different views. But from a common reader's point of view, it is also important that the novel should be interesting or having a certain uniqueness, a book that could kindle the joy for reading and tempt the person to go for more, buy books, read and explore in future.

So it is a list by a reader, for the readers, not aimed at scholars or litterateurs. I, in my personal capacity as a reader, thought I would list novels that made impact and would be representative of different eras, writing styles and subjects. Also, diversity of regions and writers is important in my view. Sometimes people come up with weird and irritating questions like--'Are novels being written these days?' or 'Now who can write like those giants of yore?'.

The point is that conversation about books should always continue as it creates awareness and expands our horizon too. I know that whenever someone comes with a list, it is pointed out that either certain writers' workers are not included or that particular novel is not good enough and shouldn't have been included. That's understandable. 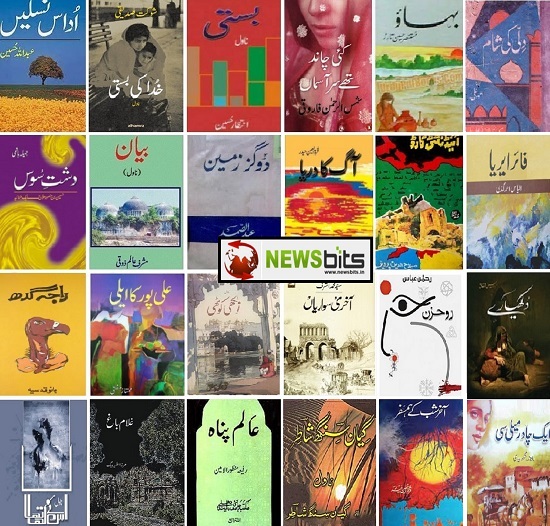 With this list, my aim is that if a person who wants to read, should get some names and that would help the person gain more access to works of his/her liking and style. There are multiple novels that deal with partition of India and it's aftermath, in this list, as it was a cataclysmic event that affected millions and also divided the Urdu speakers across countries.

Whenever someone asks me to suggest names, I ask the person to name the books that he liked, so as to understand the genre and the type of works--ranging from historical to social, light reading or serious work of fiction. So that I can suggest a novel that would be interesting to the reader and would tempt him to go further and look for other novels.

Udaas Naslein is a magnum opus, focuses on partition. Khuda Ki Basti and Qurratul Ain Hyder's Aag Ka Darya too are must-read novels. A lot has been written about Shamsur Rahman Faruqi and Intizar Husain's works. How Gyan Singh Shaatir's unique novel had stirred literary world or how Dukhiyare, a novel set in Lucknow, published a few years ago, haunts the reader long after he finishes it. All this we need to discuss.

Ilyas Ahmad Gaddi's 'Fire Area' was set in coal mines in Jharkhand state. Raja Gidh and Dasht-e-Suus are major novels written in Pakistan apart from Ghulam Bagh. There are novels that deal with subjects ranging from religious bigotry to alternative sexuality. Contemporary writers have been experimenting and established writers are also coming up with new works.

Sometimes you liked a novel because you read it in teenage and it has such nostalgic value that still like it, though it may not be the best novel. Also, there can be a novel that is seen as a major work but readers find the writer's style difficult to comprehend or the techniqe, alien.

There are novels that had shock value and created stir, and now nobody talks about them. Also, there are novels that create stir and talked about twenty years later also. The basic aim is that ordinary reader who has literary pursuits and wants to go beyond mass circulated novels--either historical novels by Naseem Hijazi or MA Rahat's works, should be able to get an idea about Urdu fiction and literature.

IMPACT OF TECHNOLOGY: INFO ABOUT BOOKS REACHING OTHER COUNTRIES FAST, BEING ORDERED ONLINE

Technology has brought a change and now novels published in one corner of the world, reach the readers in other countries within weeks. Hence, people in Bhopal read Ali Akbar Natiq's Naulakhi Kothi, just like those in Karachi, Lahore and Islamabad buy Syed Muhammad Ashraf's Aakhri Sawariyan.

It's a refreshing change. People immediately get to know about a new book due to discussions in Facebook groups or through WhatsApp links and order the book online. Aalam Panaah is still in demand in other countries while Rahman Abbas' novel sells so well in book fair in Pakistan.

NOTE: This is just a basic list and I would keep adding. If you don't like this list, I am sure you will also make a list of your favourite novels, and this would help everyone in getting more names and also more conversation about books.

9. Do Gaz Zameen by Abdus Samad