Upadhyay said that the structure at Ayodhya was demolished and the 'structures' in Agar town too can't be saved.

'Will the structures in Agar remain? They will not remain. Can the SP or chief minister Kamal Nath stop us?", he openly dared the officials and administration.

"Do you ever worship a God who doesn't have weapons. There is only one god, who doesn't carry wepons and Hindus don't go to his temple for pilgrimage. Entire country has just one temple of him and even there hindus don't go, he is Brahma Ji", he said in the speech delivered recently.

"...Voh Nehru, Bhagwan ko pyara ho gaya". "Nehru died, later Indira tried to suppress Hindus, but is she around? Is Rajeev, who also tried it, around? There was just one Dr Hedgewer, today his saffron flag in 40 countries of the world". Later, a rally was was taken out, weapons were carried and inflammatory slogas raised..

'No XIIth board exam in MP, group of ministers to decide process of result'

BHOPAL: Chief Minister Shivraj Singh Chouhan has said that there will be no 12th board examination in the state this year.

Chouhan said that children's lives are precious and can take care of career later.

"At this time, when the entire country, state and children are facing the crisis of Corona, it is not appropriate to put the mental burden of examinations on them", he said this in a message given to the media from Mantralaya today.

Chouhan said that a group of ministers has been constituted to decide how the 12th board results will be evaluated. The decision regarding the process of result on the basis of internal evaluation or other grounds will be taken after discussing with the experts.

He also said that the option will be open for the students who want to appear in the examination for better results or to improve the results. After the end of the Corona crisis, interested students will be able to take the 12th examination.

The Chief MInister also said that a decision has already been taken not to conduct the High School, ie10th board examinations in the State. The result of class X students will be declared on the basis of internal assessment, he further said. 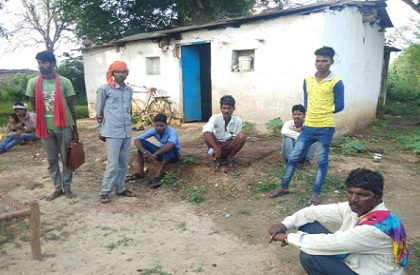 NEW DELHI: Over 10 million or 1 crore jobs were lost in India due to the second Coronavirus wave.

The Centre for Monitoring Indian Economy (CMIE) chief executive Mahesh Vyas has said this regarding the unemployment figures.

He said that mostly the job losses were due to this second wave. Besides, nearly 97% Indian households have seen a decline in income since the Coronavirus first hit India, he further said.

However, the job losses are mostly such that it will take time for situation to change, especially, in the formal sector. Compared to the first wave, the second wave hit the economy badly. It is becoming increasingly more difficult to get job, after losing employment.

The situation will improve once economy opens, but it can't be expected to be completely on the track due to the long-term affect. People in the informal sector are likely to get employment earlier, compared to those in the formal sector.

The CMI conducted a nationwide survey of households and the figures are based on it. As second wave is now going down, there is hope that the economic activity would restart and the situation would change for better. Experts say that it will still take sometime. [June 1, 2021 NewsBits.in]