BHOPAL: At first glance, this lean youth with specs looks like a studious guy, the boy next door.

But this Bhopal-based engineering student is a rage on social media--his videos, reports, satirical takes and exposes on politicians go viral on the internet.

Lakhs watch his videos on YouTube and his stories--content on website and social media, also grab millions of eyeballs. He has built this huge audience base all by himself.

Meet Abhishek Mishra, 20, the social media bigwig from Madhya Pradesh, who has taken the online world by a storm in the last year or so. Mishra has thousands of fans who love him, due to his unique style.

Also, there is a large section which hates him too--for his sharp takes on politicians, his position on issues, politicians and political parties. When he lampoons the politician, he simply demolishes them. No wonder, his YouTube channel has over 70,000 subscribers. 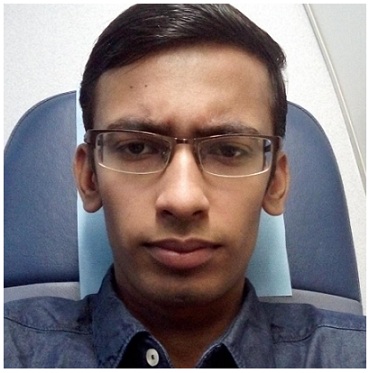 In videos, he may take up a topic like 'teenage pregnancy' or tears into a Hindi newspaper or an English news channel for their 'biased reports'.

Further, Mishra takes on politicians head-on. He 'exposes' how section of media mis-informs readers with all the proof.

And, he also launches frontal attack on prominent people. Once, he was a BJP fan (bhakt, as he himself described as) but has no love lost for the party any more.

These days, he is anti-establishment and in process, the 'bhakts' are after him. They've launched a tirade against Mishra, on Facebook and Twitter.

Undeterred, he keeps on creating videos where he targets the party for its failures. There are mock interviews with tongue-in-cheek comments.

He has taken on almost everyone, creating videos with his take on Prime Minister Narendra Modi, as well as All India Majlis-e-Ittehadul Muslimeen (AIMIM) supremo Asaduddin Owaisi.

When BJP completed two years at the Centre, he came up with his analysis. Similarly, any controversy--either surrounding Kanhaiya Kumar or Kapil Sharma, Mishra has his take on it.

No wonder, he makes moolah too. He has people working for him, as he needs professionals for smart editing and maintenance of his popular websites like Viralinindia.net. 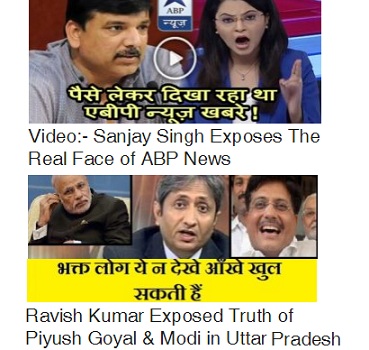 All his videos have his unique signature style, where he flips through documents, points fingers and talks directly to the viewer--strongly presenting his points.

Mishra, who originally hails from Tikamgarh, says that he is an 'RTI activist, YouTuber and a comman man'.

The whizkid has bypassed traditional media and created his space in the alternative media, where he can even take on the 'mainstream media' and criticise it openly.

When he recently uploaded a video after a BJP worker died while making bomb in Kerala, he received threats. "That's part of life. I don't care", he shrugs.