BHOPAL: Shakir Ali Khan was one of the most important figures in the history of the region and played a leading role in awakening the masses through movements.

In the decades prior to independence, his name had become synonymous with anti-imperialist and anti-feudal agitations. He was the strong voice for liberty and justice, fierce critic of the British government as well as local administration and fearlessly raised the issues of people of Bhopal.

Jailed several times, he emerged stronger after every arrest or internment. He brought out several newspapers--most of these publications were banned. But the rebellious leader could never be restrained. Not just pre-independence era, his role as a mass leader after independence is unrivalled, and he emerges as a unique personality on political horizon of the region in both halves of the last century.

Khan, who was born in Ashta (Sehore) that was then part of erstwhile princely state of Bhopal, was at the forefront of every major people's movement and his contribution is such that the history of the region and Shakir Ali Khan's personality can't be separated. He founded Anjuman Khuddam-e-Watan [Servants of India League] in Bhopal with the aim to improve the condition of people and give voice to the poor.

It was in the early part of 1930s that his political and social activities began. He started the Urdu newspaper Subah-e-Watan that finds mention in every history book of the region. An illustration criticising the government, led to his arrest, seizure of copies and the paper was shut. He was jailed but later released due to great public support in his favour.

Over the years Khan spoke for mill workers and labourers, fought for the rights of common man and was the driving force behind the 'mulki' movement. It is also a unique aspect that leaders of other factions and even Hindu Mahasabha came close to him. He was instrumental in forming the Praja Mandal, with the support of all leaders involved in political struggle from across the spectrum.

He was elected president of Praja Mandal as well as State People’s Conference. He headed Mazdoor Sabha too. In 1940, when the polls were held, Praja Mandal had affiliated itself with the All India States People's Conference and won most of the seats it contested.

In this period too, he brought out many newspapers, most of them were forced to shut down. Shakir sahab was again arrested and was sentenced for two and half years. When Quit India movement began, he was already in jail. Yusuf Meherally, who coined the slogan Quit India, came from Mumbai to meet him but was not allowed to meet Khan who was lodged in Sehore jail.

Either, it was ban on his papers or his arrest under Defence of India Rules, he remained undeterred. Once released, he threw himself totally into public movements and agitations. Finally, India attained independence. Henceforth, his second innings as a political leader began. It was in 1952 that Shakir Ali Khan formally joined the Communist party. 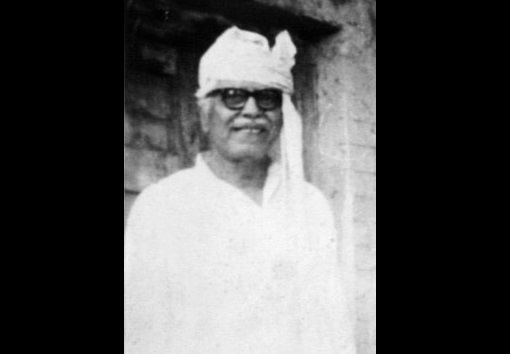 ‘HAD A REBELLIOUS STREAK FROM AN EARLY AGE’

"I was born in a family that didn't have financial resources and hence I had a rebellious streak in me, from an early age", he mentioned in an article published in Ayaz.

"I was forced to work in a 'karkhana' [bookbinding workshop] when I was barely a teenager to eke out a living and help the family sustain itself. Then, I joined the armed forces, however, later I went to Calcutta and worked for the weekly Riyasat".

"I always stood by the poor, the under-privileged and the ordinary citizen", he writes. "I had leanings towards Communism and the association with Comrade Sajjad Zaheer, PC Joshi, Dr Ashraf gave a further push. In 1952, I formally joined Communist Party”.

Khan had excellent relations with top national leaders and Congress politicians. He played an important role in Bhopal becoming the State capital. In fact, he was unanimously chosen to head the all party delegation for making Bhopal, the capital of MP. Besides, he was symbol of communal harmony and ensured that there was no trouble when refugees were arriving in Bhopal.

He was unquestionably the tallest leader in Bhopal and after reorganisation of states when Madhya Pradesh was formed, he won in the first Assembly elections that were held in 1957. He defeated HMS' candidate Uddhodas Mehta. Under him, party also won maximum seats in civic body polls in Bhopal. Khan, meanwhile, again won from the same Bhopal constituency in 1962 though the margin was reduced. But later again, in 1967 and 1972, he easily won on the CPI ticket, defeating his rivals by big margins.

He was always accessible to people and lived a Spartan life. Though Communist party didn't have influence in other parts of the state, his presence kept the party alive in Bhopal and his voice was heard with rapt attention in the Assembly. After him, the party lost its foothold in Bhopal.

A fiery orator, he was lovingly called 'Sher-e-Bhopal'. Due to his consistent efforts, issues like unemployment, condition of labourers and mill workers, came under force. Factories and institutions were set up and employment of locals began. Sher-e-Bhopal Khan Shakir Ali Khan who always stood against powerful forced and championed the cause of poor and under-privileged, died on March 14, 1978.

The entire city shutdown on its own, tens of thousands took part in the last rites and later a memorial was built in his memory. Four decades have passed since his demise, however, he remains close to the hearts of people and his immense contribution that spans decades before and after independence, in the last century, is a glorious chapter in the history of the region. [Photo courtesy Mr Mohammad Aman Khan, a relative of the legendary leader]

[A version of this article first appeared in print]